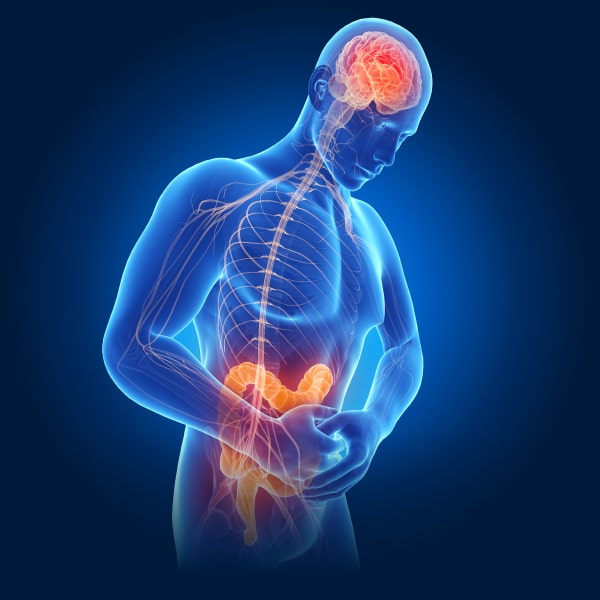 Heartburn does not originate from the over-production of acid, heartburn is the result of Autonomic damage. If your sympathetic and parasympathetic branches are not in balance your brain will not move your digestive tract correctly, resulting in the inability to empty your stomach acid which gives you heartburn and reflux.  Heartburn disrupts meals, limits the foods you can eat, and ruins your daily enjoyment of life or the ability to sleep well at night.  Heartburn from Autonomic Dysfunction may affect other areas of your overall health and often leaves you with chronic hunger or “low blood sugar” symptoms that trick us into overeating as our brains try in vain to move our slow emptying stomach acid.

Is Autonomic Dysfunction causing you to have heartburn? Take the quiz and find out.

Are you looking for answers?

Are you self-educated about your medical issues and wanting to understand why you have heartburn?

Do you want to get off your antacids?

Do you feel like you are out of options?

Are you out of treatment options for heartburn but you have not treated your Autonomic Nervous System?

Are you tired of heartburn or reflux and want to get to the underlying problem?

Do you prefer natural remedies?

Do you prefer all natural or holistic medicine but they have not stopped your heartburn or reflux?

Are you still looking for a diagnosis?

Do you have heartburn and are tired of pills that move your stomach acid but do not reverse the underlying cause?

Treating the Autonomics is a new and natural way to repair heartburn by restoring the brain’s ability to move the digestive tract at the right speed.

The long-term protocol for maintaining normal Autonomic function is through proper microglia and cytokine cell function, core brain nutrition, and the improved control over inflammation with bioelectric stimulation of the Vagus nerve.

The Nemechek Protocol® is a top-down approach to restore the body’s digestive tract and stomach acid to equilibrium, ending heartburn, and optimizing health.  It applies to all ages and disease types by supporting the bodies’ ability to run the Autonomics effectively, control inflammation, produce stem cells, and strengthen the neurological system which are the cornerstones to healing and eliminating heartburn.

WHY ARE AUTONOMICS THE ANSWER?

The Autonomics control your brain’s ability to move the digestive tract forward and sweep stomach acid down where it needs to be to digest your food. When the Autonomics malfunction and your core nutrients are deficient, you will experience a slow digestive tract and lingering stomach acid that is belched or burped up. Long term use of antacids contributes to intestinal overgrowths and the inflammation that results in Autonomic Dysfunction. Reversing Autonomic Dysfunction and replenishing core nutrients restores the brain’s natural ability to move the digestive tract and stomach acid forward.

Science has given us a new understanding of heartburn and reflux; the causes are found in the dysfunction of the Autonomic Nervous System.  Treating the Autonomics is a new way to restore the brain’s natural ability to move the digestive tract and stomach acid forward at the right speed which eliminates symptoms. 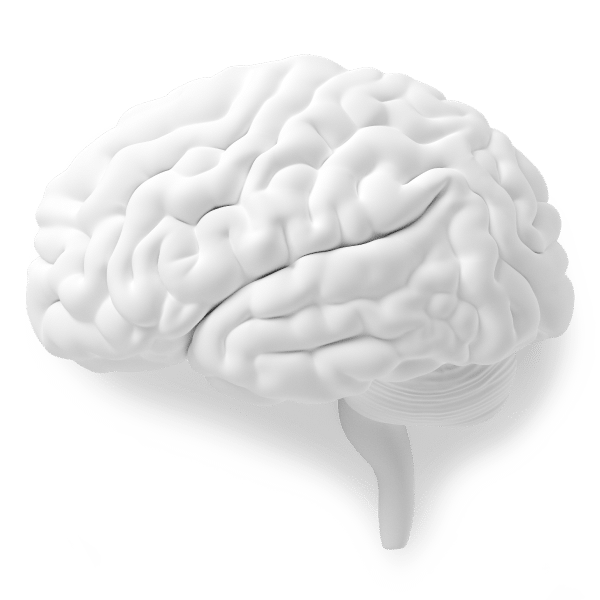 The field of Autonomics is science-based and evidence driven.  The underlying reasons for heartburn and reflux are due to the brain and body no longer working together correctly. The brain becomes unable to operate the digestive conveyor belt due to a variety of reasons such as Autonomic Dysfunction, concussion damage, the side effects of medications, and the lack of key nutrients that keep the brain performing at optimal levels.

The first step is to identify Autonomic dysfunction through Autonomic spectral analysis, a non-invasive test that is a biomarker for your brain’s ability to control the body and quantifies the imbalance and tone of both the Sympathetic (“fight or flight”) and Parasympathetic (“rest and digest”) brain commands. Imbedded in those signals are the Autonomics that malfunction after injury, trauma, illness, medicines, vaccines, or childbirth.

The third step is to implement The Nemechek Protocol™ medical consultation and treatment service’s short and long-term treatment plan for recovery, maintenance, and advanced care. For most adults, the treatment involves short term medications, the lowering of metabolic inflammation, the lowering of and neuroinflammation including bioelectric stimulation (via the Vagus nerve), the elimination of underlying bacterial infections or unresolved concussion damage, core brain nutrients to mimic the historical foods that kept our brains and nervous systems strong, and chemically cleaner food to maintain recovery and resist relapse or recover from new Autonomic injuries.

READY TO BOOK AN APPOINTMENT WITH DR. NEMECHEK?

Dr. Nemechek is a classically trained internist who is often able to quickly zero in on the cause of your symptoms though a simple question-answer session – a skill that is missing from modern medicine.

Skype conferences (limited only to those living outside the U.S.) let people discuss with Dr. Nemechek about his protocol in detail. Only in-office appointments with Dr. Nemechek allow you to receive the full medical benefit of The Nemechek Protocol® medical consultation and treatment services. 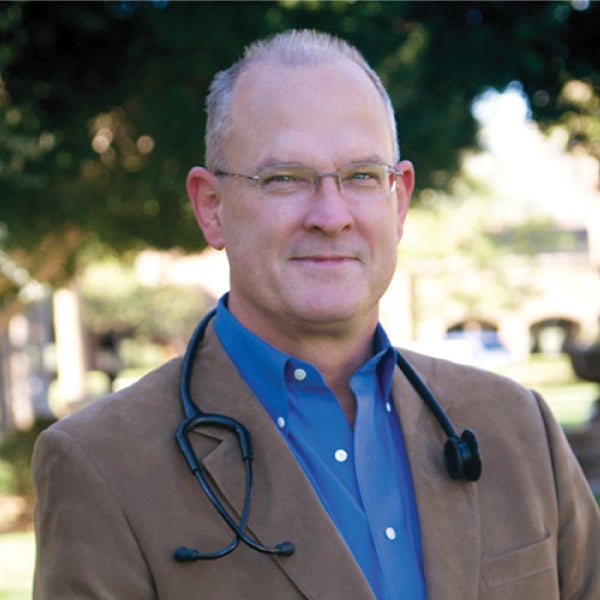 So glad I saw your website. I'm 47, slender, female, vegetarian, active, healthy other than autoimmune thyroid for 20 years...unfortunately in the last year I developed high blood sugar, orthostatic hypotension and connective tissue disease. Tough year! I had to cut out almost all carbs and my blood sugar levels are back to normal. HOWEVER, now if I sneak the occasional carb, I get terrible hunger and upset stomach (burping, nausea). So, now I know it is dyspepia and I guess I'll start taking Tums if I know I'm going to indulge in a carb treat...?

Renee
Wow, I just read your description of OH and suggested treatment. I've struggled with unexplained fatigue when sitting still, standing, driving or riding in a car, and when I get hot for 35 years. No matter how in shape, how much rest or how healthy I am, the symptoms persist. My doctors tell me there's nothing wrong with me or it's psychological. I crave salt always. I will try your salt and low carb treatment. This condition has made it almost impossible to work in my office, sit through a long meeting or drive for more than 30 min. It has been miserable and frustrating. It's refreshing to read your descriptions. Perhaps I'm not "crazy" or lazy. Thank you so much for sharing this information.

Mary
I have had gout for years, and tried just about everything without success.I reduced meat to, minimum once a week, stopped alcohol altogether.I was having LOTS of fruit and vegetables and my gout was worsening. Finally I have read something about Excessive fructose increasing uric acid.I experimented reducing my fruit intake to 1 a day, and bingo within days I saw a dramatic improvement.Cherries are the only exception. I eat a lot of them when in season,with no ill effects.

Tony P.
Met you a few weeks ago when I came in for a bladder infection. Followed your advice for a couple of weeks after and felt significantly better, did not have the lightheadedness that I was accustomed to, and was actually having no problems waiting to savor most of my carbs at dinner time. My mood was better and had more energy.

Patty
Doctor N,… just wanted to let you know that I finally did something about my high carb intake. About 3 months ago I got tired of taking all the diabetes meds and the awful side effects so I began a real effort to improve my diet and eating habits. I was totally addicted to carbs and sugar. I’m now consistently under 100 carbs a day… I feel so much better! I have more energy. I no longer take diabetes medication and my A1C levels are normal. My triglycerides have dropped to normal levels (good cholesterol up and bad down) and I have lost 15 pounds. And I eat food that I love. - Thanks

John S.
Dr.N , I have been following your blog for a few months. I took your advice and reduced my carb intake and its amazing ! It’s exactly like the title of this post. I lost 11 pounds without even stepping inside the gym. I have reached a weight loss plateau now,need to lose another 15-20 pounds to have a healthy BMI,but that’s ok cos just like you say here even before the scales show that I have lost weight,my body is getting sculpted beautifully and people cant stop paying me compliments. They dont believe me when I tell them that the secret is saying no to Carbs. Please accept my gratitude. Where I come from(India)we don’t have docs like you. I am so glad I found your blog. Thank you Dr N.

Autonomic Dysfunction may be accelerated in Diabetes up to two decades earlier than people that same age who do not have Diabetes.

Many of the most common symptoms from concussions, traumatic brain injury = Autonomic Dysfunction

Sensitive to sun in daytime, difficulty seeing at night = Autonomic Dysfunction of pupil dilation and control