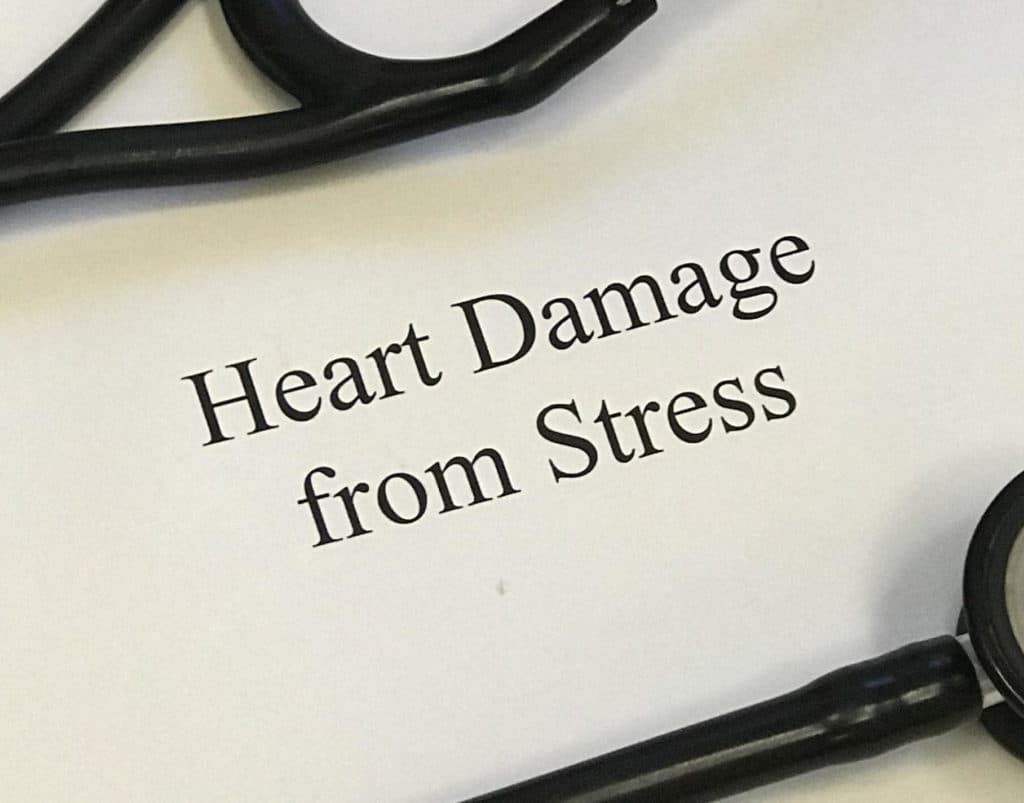 There is growing scientific evidence that stressful situations, emotional stress, and physical overload can damage how the heart functions. This can lead to various heart problems, including having a heart attack, developing an abnormal heart rhythm pattern, or developing congestive heart failure.  Any of these problems can result in broken heart syndrome and ultimately lead to the person’s death.

What is Takotsubo Syndrome?

An emotional or physical triggering event often precedes the onset of heart problems, but the precise mechanism of how these stressful events cause heart damage is not well understood.

The surge of adrenaline and noradrenaline can lead to spasms in the heart’s arteries and capillaries. This causes the rupture of plaque within the arteries causing a heart attack, or directly damaging the heart muscle leading to abnormal pumping of the heart, often referred to as congestive heart failure or cardiomyopathy. 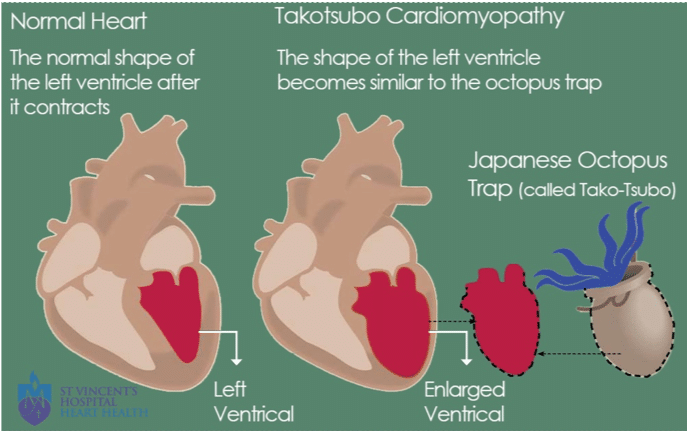 The most common symptoms of TTS are the sudden onset of chest pain, palpitations, shortness of breath, or losing consciousness. Many times this can be indistinguishable from a sudden heart attack. There can also be abnormal changes on the electrocardiogram or heart attack blood tests such as troponin.

Formal diagnostic criteria have also been developed to guide physicians in recognizing TTS. 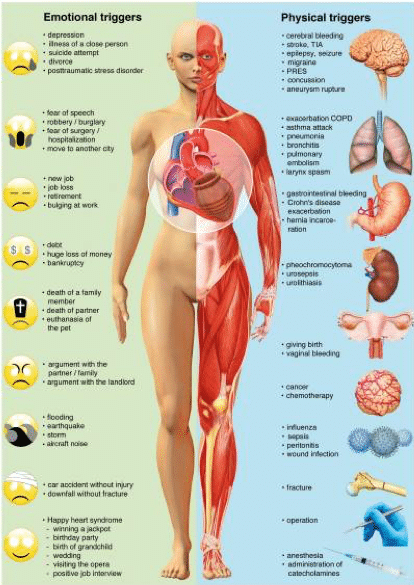 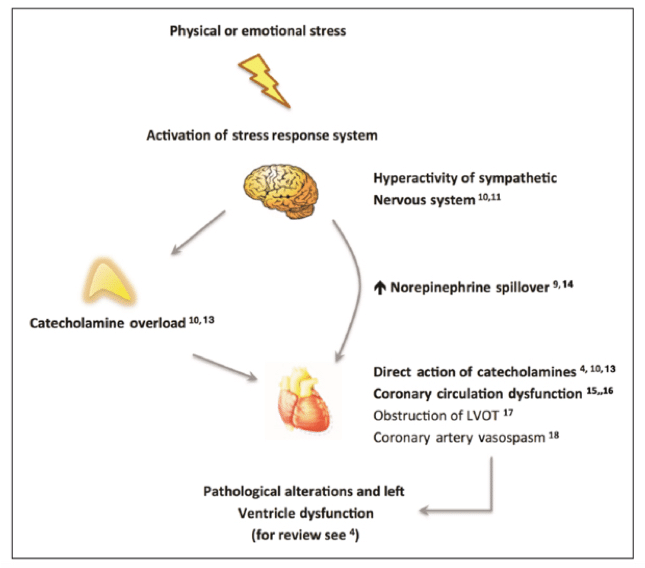 Can you recover from TTS?

I have had several patients fully recover from TTS when placed on The Nemechek Protocol®.

Once the excessive inflammation is controlled, the natural tissue repair mechanisms are reactivated and begin repairing the damaged nervous system and other tissues, including the damage caused by TTS.

We have had a handful of cases of chronic heart failure and autonomic dysfunction caused by traumatically stressful events completely recover after starting the Protocol.  Significant improvements in symptoms, autonomic dysfunction, and echocardiographic evidence of abnormal heart pumping function have occurred within six months.

One patient who had suffered the death of her son and her husband within the same year had problems so severe that she was placed on a heart transplant list only to be removed 18 months later after achieving nearly a full recovery.

So if you think your heart has been injured from a stressful or traumatic situation, you should consider lowering the harmful inflammatory stress within your body by starting The Nemechek Protocol®.

I have been testing and treating the autonomic nervous system for 13 years, and the Nemechek Protocol ® is designed to reduce multiple sources of inflammation and encourage the restoration of the body’s natural brain repair mechanism.

I believe that the key to restoring our natural inflammation control mechanisms is through reducing inflammation throughout the brain and body by using every scientific, nutritional, and bioelectric tool available.  When used in specific amounts together, I have found a recipe of different core omega fatty acids, treatment of small intestine bacterial overgrowth, a reduction of dietary vegetable oils, certain patterns of eating, and neuromodulation of the autonomic Vagus nerve to achieve improvement or recovery of the autonomic nervous system function.

I am an internal medicine physician (D.O.) from UCLA. My Internal Medicine and Autonomic practice is in the Phoenix, Arizona area. For additional information, go to AutonomicMed.com.

This post is provided as an information resource only and is not to be used or relied on for any diagnostic or treatment purposes.  This information is not intended to be patient education and does not create any patient-physician relationship.